16 members convened again after bridge for our second PTSD session. A brief discussion about format was held. Several expressed the view that more didactic teaching would be preferred, and maybe at a different time (as several were experiencing traffic challenges heading home after the PTSD session). This latter is a difficult challenge, and acknowledged. However, the majority prefer, at least at this stage, the informal format of reviewing hands we have just played, hopefully learning something from how others have bid or played the hand. We shall continue to review, and nothing is set in stone….an occasional brief review of a specific convention is planned.

“Hand of the Week” 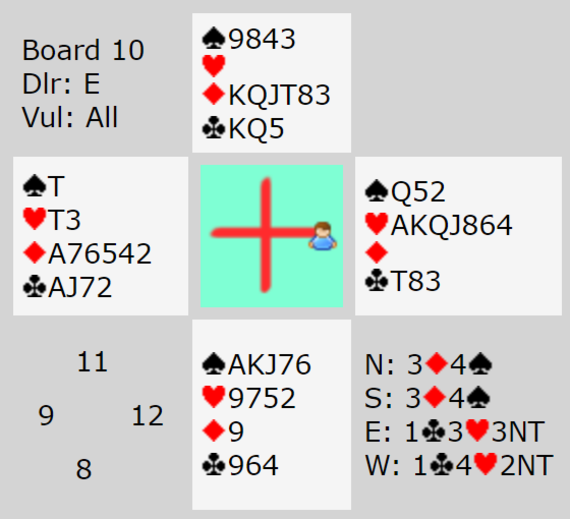 East deals and opens 1H. South has a good spade suit and overcalls 1S (some questioned this but at the 1 level this is a good bid, with a good suit, with at least 7 points). West bid 2D and

North jumped to 4S….a good bid in view of shape, 4 spades and strong minors. 4S makes comfortably. Some might open 4H with East’s hand, but the vulnerability would put most off.

To review the hand records for the session on Tuesday 7 June 2022 ... click here